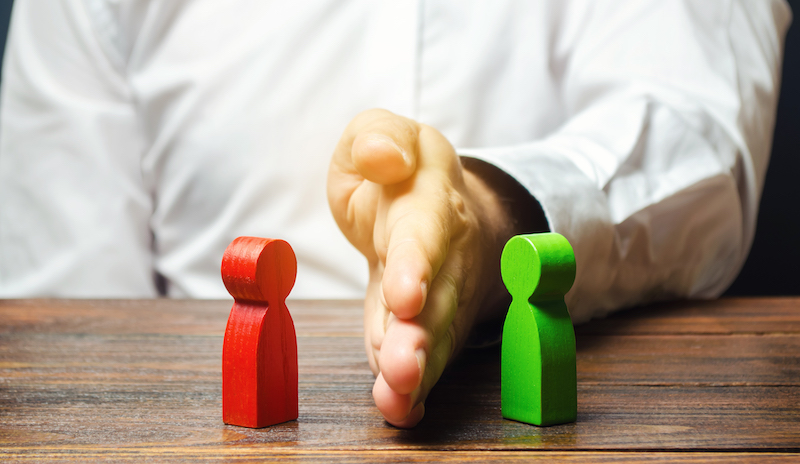 Conflict in the workplace?

Wendy Ladd can provide your organisation with a mediation service. Her experience and understanding of workplace cultures provides her with additional skills to help reduce the likelihood of any conflict ending up in an Employment tribunal.

A press release published, in Personnel Today, in 2011 stated that The BBC had reportedly paid out almost £600,000 (excluding associated cost) dealing with employment tribunal claims the previous year, highlighting the extortionate amount of money British companies are spending when dealing with conflict in the workplace.

Where resolving disciplinary and grievance procedures in the workplace is not possible, the ACAS Code of Practice on Disciplinary and Grievance Procedures 2011 says that:

employers and employees should consider using an independent third party to help resolve the problem. This person may come from within the organisation, eg an internal mediator, so long as they able to be independent. In some cases, it advises that an external mediator may be appropriate.

Mediation is a voluntary process where the mediator helps two or more people in dispute to attempt to reach an agreement. The agreement comes from those in dispute, not from the mediator. The mediator is not there to judge, to say one person is right and the other wrong, or to tell those involved in the mediation what they should do. The mediator is in charge of the process of seeking to resolve the problem but not the outcome.

If you'd like further details, please get in touch.

If you'd like further details, please get in touch.